...
One of the "strange" things that came up while Russ Worthington and I were comparing the results in our study of my William Knapp database (see File Sharing and Brick Walls - Russ Examines My Database) was that many Death Fields in Family Tree Maker 2012 were showing up with just a "Y" in them.  We went exploring to determine why that happened, and how to fix it.

It can best be explained by reviewing this series of actions: 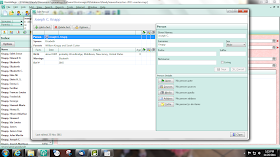 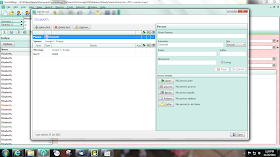 As you can see, there is no Death Fact for either one of them.

2)  When I create a GEDCOM file in RootsMagic 4 that includes these two people, and then import that file into Family Tree Maker 2012, the "People" workspace screen looks like this with the two persons highlighted: 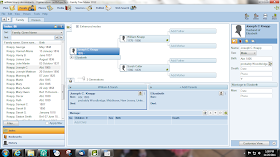 In the screen above, note that over in the right-hand panel, the Death date and Place are empty fields, but the field below Place has a "Y" in it. 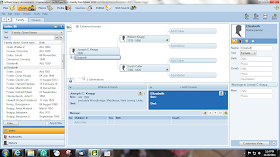 In the screen above, there is no entry for her Death Date, Place or Description.  There is no "Y" in the Description field.

3)  If I double-click on Joseph c. Knapp, I see his Person screen: 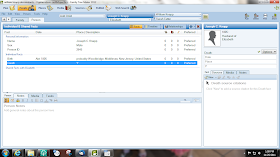 It has the "Y" in the Death Description field.

4)  Why did this "Y" show up in the Death Description field?  We checked the GEDCOM file, created by RootsMagic 4, for the lines for Joseph C. Knapp:

And the GEDCOM lines for Elizabeth --?--:

In the GEDCOM lines, for Joseph C. Knapp, you can clearly see that for the Death Fact (DEAT tag) that there is a "Y" in the line "1 DEAT Y".

Consequently, when this GEDCOM file is imported to Family Tree Maker 2012, Joseph gets a Y in his Death Description field, and Elizabeth does not.  Strange (to me, at least).

The only thing that I can think of is this:  If there is a Birth Fact for a person in RootsMagic 4 with a Date, but no Death Date, then the "Y" is put in the Death Description field.  If there is no Birth Fact nor Death Fact for a person, then no "Y" is put in the Death Description field.  There must be an algorithm inside of the RootsMagic program that makes a judgement if a Person is dead or not (but it requires a Birth Date to calculate from) and adds the "Y" to the DEATh tag in a GEDCOM file.  Without a Birth Date, the program cannot make a judgement, and does not create a DEATh tag.  I checked many persons in my database and saw that this was the case.

5)  I also experimented a bit by adding a Death Fact to some persons in my database.  Here is the RootsMagic 4 screen for Joseph C. Knapp with a Death Fact entered but no data in any of the fields: 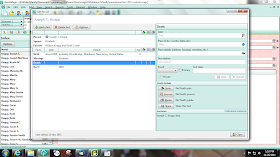 The resulting lines in a new GEDCOM file for Joseph C. Knapp are:

There is a DEATh fact, but the line is empty.

The FTM 2012 screen for Joseph c. Knapp from this new GEDCOM file is: 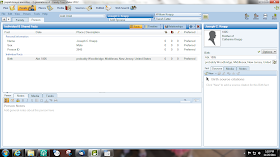 As you can see, it has no Death Fact at all.

In the RootsMagic 4 Person screen, there is a "Living" check box in the right-hand panel.  If I check that for Joseph C. Knapp, and create a GEDCOM file, then no DEATh tag (either with a "Y" or empty) gets placed in a GEDCOM file.  However, that makes no sense, since he would be 206 years old now.  It's not logical that I should have to put a check in a "Living" box for a person born in 1805 in order to make the "Y" go away.

Some questions I have about this "Y" phenomenon:

*  Am I correct about the algorithm that places a "Y" in a DEATh Fact in a GEDCOM file when there is a birth date provided and the person must be deceased?

*  Do other software programs create a GEDCOM file with a "Y" in them for some persons without a Death Fact?

*  Does the "Y" Death Description entry get transferred to an Ancestry Member Tree?

It's amazing what you can find when you look in a GEDCOM file!!
Randy Seaver at 4:17 PM
Share