Some people have questioned whether Barack Obama, the probable Presidential candidate of the Democratic Party in 2008, is a natural-born United States citizen, as required by the Constitution of the United States.

Somebody posted an image of a Certification of Live Birth on the DailyKos web site here. It is shown below: 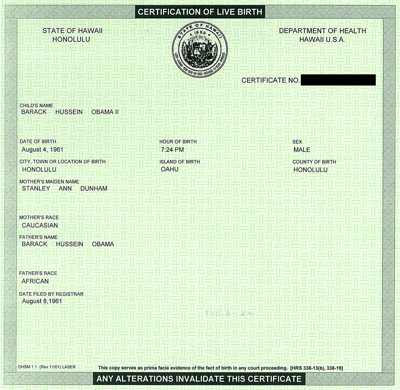 I posted it here because I thought that it was interesting. He is qualified to be President of the United States as a natural-born citizen over the age of 35.