Here are more pictures from the SCGS Genealogy Jamboree in Burbank held this weekend.

First up are Janet and Kim Hovorka who have the Generation Maps charting company. Janet also blogs as The Chart Chick, and posted a nice summary of the Blogger Summit here. 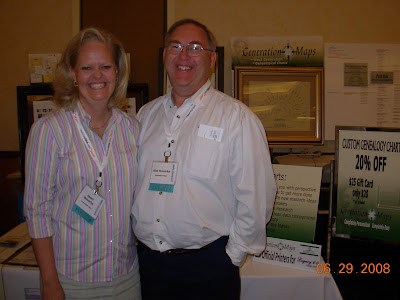 Two of my favorite people are Megan Smolenyak and Marcy Brown (we're "Friends" on Facebook) from Roots Television. Jane Lindsey from CGS was kind enough to take our picture this morning. Megan and Marcy interviewed several people during the Jamboree, but I escaped their inquisition. 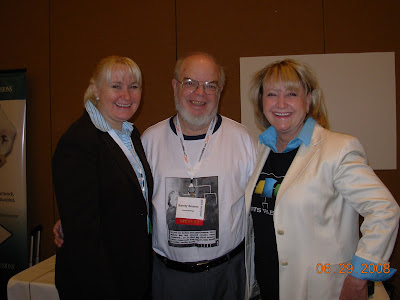 One of my favorite people is Colleen Fitzpatrick from the Forensic Genealogy web site and author of several books, including her new one called "Dead Horse Investigation." 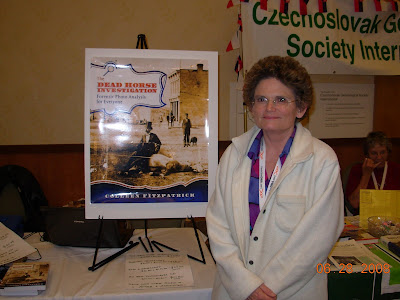 Tom Underhill, and his daughter Amanda, posed in front of their display for Creative Continuum. Tom has several books for sale, and creates beautiful family history and photography books. He is coming to CVGS to speak in September. 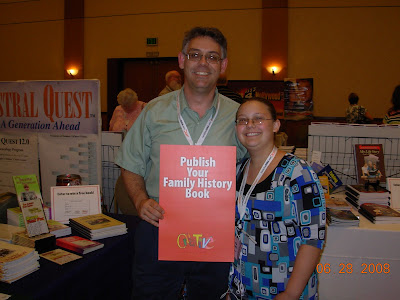 David Lifferth is President of FamilyLink.com, which includes www.WorldVitalRecords.com. We had several good discussions about genealogy research and WVR. He is with his wife Mary in the photo below. 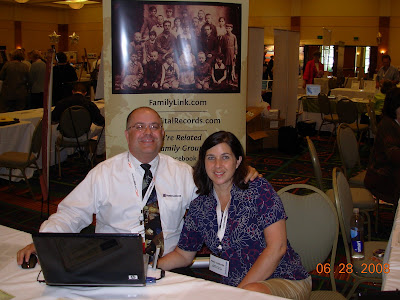 I have a few more photos to show in the next post.