The other ancestral family found buried in Bartlett Cemetery #1 in East Killingly, Windham County, connecticut is that of Henry A. White. The stone is shown below: 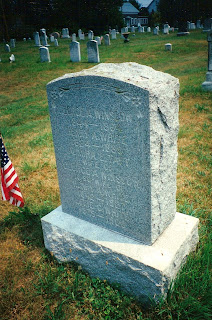