In this post, I'm going to add a Media item to the Source and then share the Source with everyone that it applies to in my database.

Here is the "Edit Person" screen before I created the source in Part 1. Notice the "Media" button in the lower right-hand corner? I'm going to click on it: 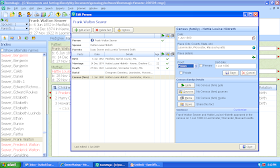 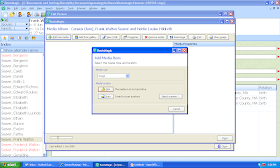 I chose "Image" from the drop down Media Type menu, and clicked on the "Disk" button to find the media on my hard drive: 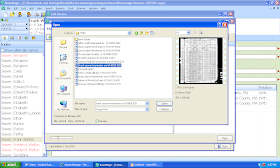 I found the 1880 US census image for the Seaver family in my file folders, and highlighted it, noted that a thumbnail image appeared in the right side of the menu, and noted that the file name appeared in the "File name" field at the bottom of the menu. I clicked on the "Open" button and this screen appeared: 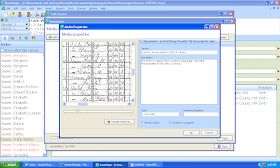 This "Media properties" menu allows me to zoom the image in or out using the zoom bar at the bottom, and scroll around the image using the scroll bars. On the right side of the menu are fields for the Caption, Description, Date and Reference Number for the image. If this wasn't the correct image, I could have clicked on the "Change media file" button to find another image.

This is the right image, so I clicked on the "OK" button and the media item was added to the Media Album for my great-grandparents: 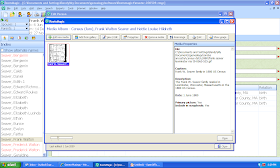 The Media properties of the highlighted image are shown on the right side of this menu. I clicked on the "Close" button and was back to the "Edit Person" screen with my "Census (fam)" Fact highlighted.
Am I done with the Source citation? Not quite. This is a Census source, so the information on this Source apply to all members of the family, not just the parents.
The fourth button on the "Edit Person" menu (the first screen shot in this post) is "Share" and should be used to attach the Source and Media item to every person that it pertains to. I clicked on the "Share" button: 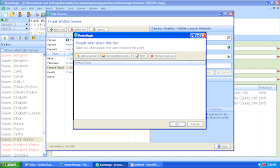 The "People who share this fact" menu has buttons for "Add a person" and "Add multiple people." I wanted to add the Source to three more people, so I clicked on "Add multiple people." The "Select People" menu opened and I selected Hattie Louise (Hildreth) Seaver and Frederick Walton Seaver from the list one at a time. After that, the screen looked like this: 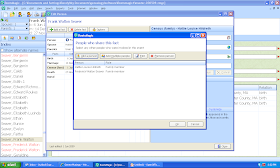 I clicked the "OK" button and was back to the "Edit Person" menu, which looked like this: 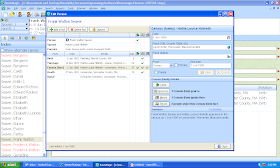 For the "Census (fam)" Fact that I selected at the beginning, the "Census (family) details" area of the menu shows that I have one Census (fam) source, one Census (fam) Media item, and two People share this Census (fam) fact with the selected person.
There is also a customizable sentence in the lower right hand corner of this menu that shows what will be written for this Fact in a report: "Frank Walton Seaver and Hattie Louise Hildreth appeared in the Census of 1 June 1880 in Leominster, Worcester, Massachusetts."

All of that effort to create a Source citation, attach a Media item and Share the citation and media item with two other people took me about three minutes once I knew how to do it.
I found this entire Source citation process to be pretty easy to use, with the exception of finding the citation data to enter in the template. I had to go to the Notes for the person and copy the information to put in the fields. Other than that, it seemed very easy and intuitive to use, and fairly quick to complete.
Hmmm, one down, hundreds more to go...
Randy Seaver at 6:02 PM
Share