Do Genealogy Template Sources Survive When Passed Through GEDCOM?

I've shown in these posts over the past few weeks that Source Citations created by Source Templates (using Evidence! Explained guidelines), when exported from a GEDCOM file, do not survive as source templates when they are imported into another software program:

In all these cases, the sources are imported as "Free-form" sources, and the hard work of users who created quality source citations using the source templates in the software program are lost.

The conclusion I've found - at least with these three programs - is that:

Using a GEDCOM file to export data from one program and import it into another program will result in the loss of all Source Template information.  The resulting source templates are "Free-form" after the program interprets the GEDCOM data that is provided.  In the process, some programs do not put information in the correct Free-form source template field.

Last week, Bruce Buzbee of RootsMagic asked me in a Facebook message if I had exported a GEDCOM file from each program, then imported that GEDCOM file back into the program, and if the source template formatting survives the export/import process.  After all, this is what many researchers would do when providing a GEDCOM file to another researcher, since you often don't know what software program the other researcher uses, or it is often different. 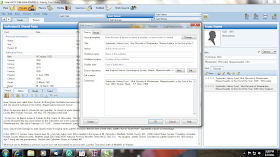 2)  Here's the Source Citation image from Legacy Family Tree 7 (from a GEDCOM created by LFT 7): 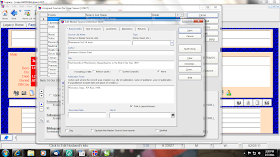 3)  Here's the Source Citation image from RootsMagic 3 (from a GEDCOM created by RM 4): 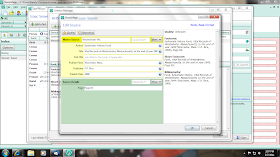 The form above is the "Book: Basic Format" template that the source citation was created from in RootsMagic 4, not a "Free-form" source template.  So it looks like RootsMagic 4 is a PASS for this test.

The conclusion here, for me, is that:

If you want to preserve Sources created by Source Templates in one program, then RootsMagic is the only one of these three programs that retains the template fields and formatting when exported using a GEDCOM file and imported into the same program.  Of course, importing a file with the same native file (e.g., a Family Tree Maker file in native format sent to a person with Family Tree Maker) retains the source template fields and formatting.

I want to look at one more set of tests - how do the GEDCOMs import into an Ancestry Member Tree?  Are the source templates fields and formatting retained?

The Seaver Source Citation Saga continues... bored yet?  [hmmm, probably back on the first post...]
Randy Seaver at 4:21 PM
Share