...
I try to visit the Genealogy Databases Posted or Updated Recently page on www.ancestry.com to see what's been added or updated.  I recommend doing this at least weekly if you have an Ancestry.com subscription.

Here are several interesting - to me, at least - collections from this list: 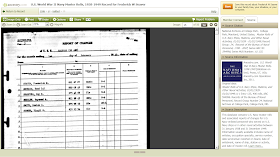 There are four entries, from February 1945 to February 1946, for my father, all saying essentially the same thing. 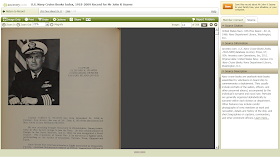 This article provides Clifford N. Seaver's birth date, birthplace, spouse's maiden name, and parents names, in addition to a summary of his service as of 1966. 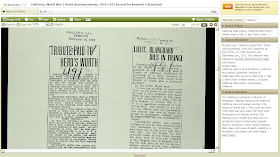 Kenneth Blanchard was a first cousin, twice removed.  His mother was Elizabeth Seaver, daughter of Isaac and Lucretia (Smith) Seaver, my great-great-grandparents.

4)  New South Wales, Australia, Certificates for Publicans' Licences, 1830-1849, 1853-1860.  I cannot see the entry for "Alexr Whittle" (because I don't have a World subscription) but I'm real interested in having a copy.  I'll have to get it on my next visit to the Family History Center.

There are quite a few other new and updated datases on www.ancestry.com.  Go exploring!
Randy Seaver at 10:08 AM
Share