...
In Exploring Family Tree Maker 2012 - Post 1: Loading and Syncing, I installed Family Tree Maker 2012, imported a GEDCOM file, and uploaded that file to a new Ancestry Member Tree.  I then used the "shaky leaves" on Ancestry.com to add two records, including one image to my Ancestry tree, and also added an image of my own birth certificate to my profile.

As a result, my FTM 2012 database was no longer the same as my Ancestry Member Tree, so I needed to synchronize ("sync") the two trees.  I chose to do this manually (when I want to do it), rather than automatically (when I open FTM 2012) when I uploaded the FTM database to Ancestry.

Here is the screen when I opened Family Tree Maker 2012 after changing the Ancestry Member Tree content: 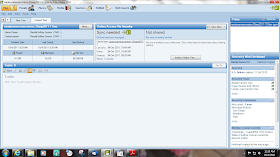 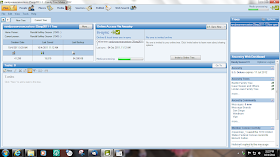 The "Online Access Via Ancestry" box says "In Sync" but the Media was still "processing."  After more than three hours of "processing," it still wasn't finished.  I decided that it would never finish, so I exited the program. 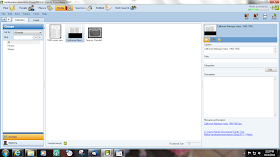 There are three media items in the program.  The middle one is the one that did not finish processing - it's the California Marriage Index page with my marriage information from Ancestry.com.  The 1880 census record (which was in the FTM 2012 database initially) and my birth certificate (which I uploaded to my Ancestry Member Tree) are there also, and are complete. 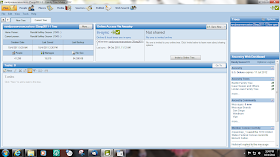 Once again, there's a hiccup here - sometimes the download from the Ancestry Member Tree to Family Tree Maker 2012 gets hung up, and needs to be restarted to recover using the program.  I will now delete the partially downloaded image from the FTM 2012 database, and see if the sync works flawlessly this time.

I deleted the partially downloaded image from the FTM 2012 file, and then synchronized the tree again. It quickly told me that I was "In Sync:" 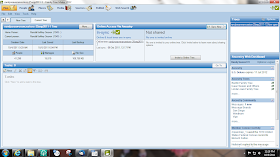 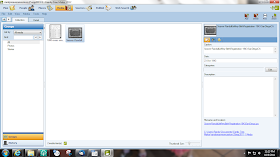 The Marriage Index image that was in my Ancestry Member Tree file was not in the "Media" Workspace after I synced FTM 2012.  Why not?  I have no clue!  I went into my Ancestry Member Tree and the image wasn't there either.  But it was there two days ago, and the only place I deleted it was in FTM 2012 so that I could download it again.

I went back into my Ancestry Member Tree and attached the record to myself again.  The link to the image shows up in my birth and marriage record: 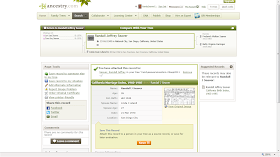 When I sync again with FTM 2012, the source citation is present, but there is no link to the Ancestry.com image, or to the image itself: 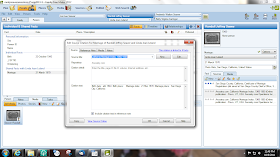 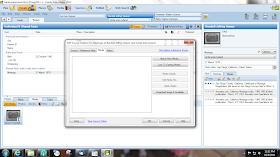 There is no Media shown.  However, there is a button for "Download Image if Available."  I clicked that and saw: 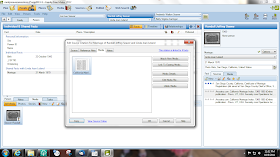 That worked!  The image for the Marriage record was downloaded.  Is it in my "Media" Workspace? 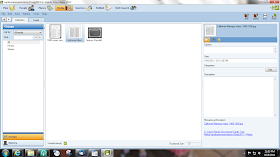 Yes, it is.  However, it doesn't show up in my People > Person > Media tab for some reason: 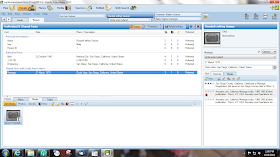 The source citation list (in the right-hand sidebar) shows that there is a Media item for the marriage, but the "Media" tab for myself, with the Marriage Fact highlighted, does not show the media file.

I don't quite understand what happened in the sequence above.  I've written the last 50% of this blog post as it happened, being really confused by what Ancestry does, and what FTM 2012 does.  It does raise some questions:

1)  Why did the first sync download an image file for the marriage record, but the more recent sync did not?

2)  The "Download Image If Available" button in the People > Person > Edit Source Citation > Media tab downloaded the record image from Ancestry.  Will I have to do this for each image or record that I "Attach" to a person in my Ancestry Member Tree?

My initial reaction to this synchronizing is that it usually works well... but there are occasional problems that seem to be fixable by trying again.

2)  Because I don't want to go through the hassle of figuring out how to download Ancestry images in FTM 2012 when it's easier, for me, to get them into FTM 2012, and attached to my software source citations, by saving them from Ancestry.com to my computer files using my file naming system and file organization.  It's all about organization, consistency, and efficiency - doing it right once, and not doing tasks over and over again.

What do my readers want me to investigate in Family Tree Maker 2012?  Please make suggestions in Comments or in email - rjseaver@cox.net - or on Facebook or Google Plus.  This may be an endless FTM 2012 Compendium!
Randy Seaver at 1:28 PM
Share