...
See all posts in this series at Exploring Family Tree Maker 2012 Compendium.

I have not done many Web Searches from within genealogy management program software, mainly because I am past "family trees" and "census records" for most of my research, and have sourced the records myself and captured the images to my computer files (but not attached them to persons or Facts in my database).

A user can do a Web Search from within FTM 2012 in Ancestry.com (and Rootsweb.com and Genealogy.com) and add the Fact, Source and Media for a record to their FTM 2012 database.

In email, Russ Worthington told me that there was a Death record in New Jersey State records, and wondered if I had seen it, and asked how I would source that record.  I love challenges, and have spent 90 minutes trying to make useful sources (I know, I'm probably a bit eccentric with this obsession).

1)  I did a Family Tree Maker 2012 Web Search in Ancestry.com on William Knapp (using only birth and death years) and easily found the Ancestry.com item easily: 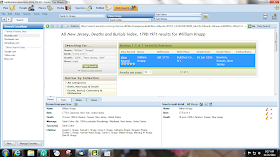 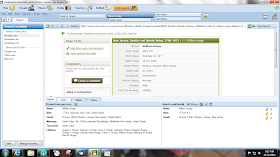 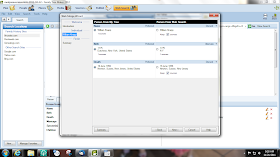 4)  After selecting the Name and Death date to be included in the Facts, along with their Sources, I clicked on "OK" 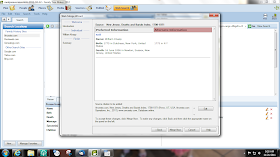 5)  The screen above showed me the information that would be added to my Facts for William Knapp.  I clicked "Merge Now" 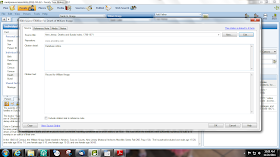 The source citation that was imported with the Fact was:

I thought that it would be useful to see how the FTM 2012 program would create this source citation for this specific Fact.  However, it was difficult to find an appropriate source template for a Death record in an online database (I addressed this in Post 18).  I again chose the "Archives and Artifacts > Archived Material > Digital Archive" source template and came up with:

Is that good enough?  It's the source that I used.  If you carefully read the Ancestry.com source information, you see that the Ancestry.com database came from a FamilySearch indexed database created from New Jersey manuscript records that are on a series of FHL microfilms.

I created this source citation based on all of the above information:

However, I actually obtained the microfilm and extracted information for this specific record back in 1992, and thus can legitimately create this source citation:

One of the major principles of source citations is to "cite the source you see" so that you, or another researcher, can access that source, and perhaps be able to find the "source of the source" until you get to the original source (there has to be one, right?). In this case, there are at least five levels of sources here:

In this age of digital archives on free and commercial websites, by far the easiest source to find for this record is FamilySearch (and it's free), followed by Ancestry.com.  As noted above, these are derivative sources, and should lead the researcher to the original source (either at the repository that holds it or on a microfilm at another repository) so that the Fact is correct.
Randy Seaver at 11:08 AM
Share