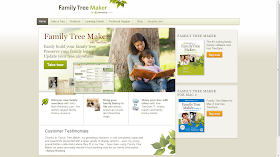 There are two message board threads with Family Tree Maker 2013 in the title:

I spent some time reading those threads today, and saw nothing really new or revolutionary as it relates to FTM 2012.  I also did a search on the Internet for Family Tree Maker 2013 and found no real information about it.

Perhaps Ancestry.com is going to announce it at the FGS Conference in Birmingham - we'll have to watch for it.

So, inquiring minds want to know:

2)  If so, what are the new features that would justify purchasing it?

3)  If so, will there be a Beta testing period for potential users?

4)  What new capabilities would you like to see in an FTM 2013?  Please tell me in comments!