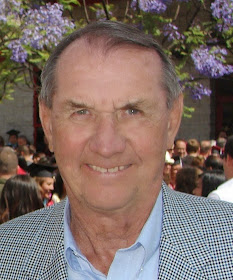 1)  Attacking My O’Malley Brick Wall — This is a case study which presents evidence of an 1847 New York passenger list which possibly identifies Peter, siblings and his mother and father.  People with the same names are identified in the 1850, 1860 and 1870 census living in and around Scranton, Pennsylvania; but are they the same people and are they really related to Peter?  This and other facts about Peter, Julia and their family are discussed as well as some helpful tools that were developed for analyzing the data.  You will be challenged to identify holes in the research and judge whether the speaker has enough evidence to positively identify the people on the passenger list as Peter’s family.

2)  MyHeritage—A Rising Star — My Heritage is now being grouped into what many leading genealogists call the “Big Four” companies in the genealogy world—Ancestry.com, FamilySearch, D.C. Thomson Family History (brightsolid.com) and MyHeritage.  They are an Israeli company that was initially involved mostly in the international community, until making a major move into the U.S. market about four years ago.  This presentation will provide an overview of the capabilities of MyHeritage, both as a repository for your family tree and as a genealogy search tool.  If you are not familiar with MyHeritage, you will likely be pleasantly surprised at their capabilities.

WORK EXPERIENCE—U.S. Navy 1959-1984, Retired as a Captain having had command of a Patrol Squadron and serving as the Deputy Chief of Legislative Affairs. Overseas tours in Japan, Okinawa, Philippines, Vietnam, Hawaii, and Taiwan. Served as a Systems Analyst for Booz Allen & Hamilton 1984-1988 then was Manager of the San Diego Marketing office for Lockheed Corp. from 1989-1993. Moved to Corporate Headquarters leading to a position as Vice President Domestic Business Development for Lockheed Martin Corp. Retired from that position in 1999.