The subject today is an 1867 deed in the Taylor County, Iowa deed books for the estate of William Lewis selling land in Taylor County to R. Smith. 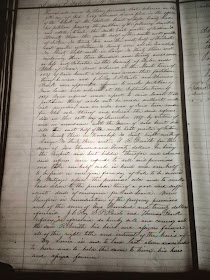 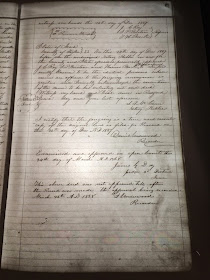 The transcription of this deed record is:

The source citation for this deed is:

I think that this is the earliest deed in the records for Ranslow Smith buying land in Taylor County, Iowa.  Obviously, I need a scorecard to keep track of all of these deeds - I have about 30 of them all from this one county.