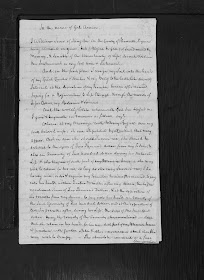 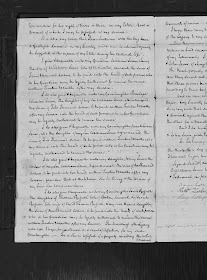 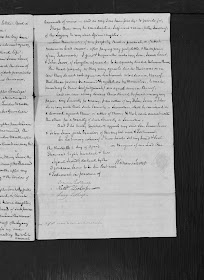 The transcription of this will is:

In the name of God amen.
I William Sever of Kingston in the County of Plimouth, Esquire
being advanced in years, but (blessed be God) of Sound mind &
memory, & Sensible of the Uncertainty of Life, do make & ordain
this Instrument as my last Will & Testament.

And in the first place, I resign my Soul into the hands
of my Great Creator & Maker, & my Body to the Earth, to be decently
Interred at the discretion of my Executors herein after named,
hoping for a Resurrection to Life Eternal, through the merits of
Jesus Christ, my Redeemer & Saviour.

And the worldly Estate wherewith God has blessed me
I give & bequeath in manner as follows, vizt:

Whereas at my marriage with Mercy Russell, now my
well beloved wife, it was Stipulated by a Contract that may
appear, that in case She should Survive me, She should be
entitled to the sum of Two Thousand dollars from my Estate, &
also an Annuity of Two hundred dollars during her Natural
Life & also the use of such part of my Mansion house as she may
wish to retain for her use, so long as she may Survive me; I do
hereby will, order & require my Executors hereinafter named, to pay
into her hands, within Twelve Months after my decease the before
mentioned sum of Two Thousand Dollars, & at the expiration of
Six months from my decease, to pay into her hands one Moiety of
the said Annuity of Two hundred dollars, and at the expiration of
each Six months after during her Life: the sum of one hundred
dollars being the Moiety of the Annuity aforementinoed – and
that she retain in her hands for her use such part of my Mansion house
& furniture, with garden, Stable & other conveniences about that she
may wish to Occupy. The above to be considered as a full

Consideration for her right of Dower or thirds in my Estate, Real or
personal of which I may be possessed at my decease.

It is also my will that Jane Sullivan who has long been
a faithful domestic in my Family, and is now in advanced years,
be Supported at the expense of my Estate during her Natural Life.

I give & bequeath unto my Grandson William James Sever,
the son of William Sever late of Worcester, deceased, the sum of
Five thousand dollars, to be paid into the hands of such person, who
as his Guardian may be legally Authorized to receive the same,
within Twelve months after my decease.

I do also give & bequeath unto my Grandaughter Penelope
Winslow Sever, the daughter of my Son William Sever, abovenamed,
the Sum of Two Thousand dollars, to be paid within Twelve Months
after my decease, into the hands of such person who ia
may be legally Authorized to receive the same.

I do also give & bequeath unto my Grandaughter Anne Warren
Sever, also the daughter of my son William Sever before named, the
sum of Two Thousand dollars, to be paid within Twelve Months after
my decease, into the hands of such person who as her Guardian, may be
legally authorized to receive the same.

I do also give & bequeath unto my daughter, Mary Sever, the
Widow of my Son William Sever, before named, the sum of One Thousand
dollars, to be paid into her hands within Twelve Months after my
decease, provided that at that time she be living & the Widow of
my Said son William Sever.

I do also give & bequeath unto my Grandaughter Sarah Russell,
the daughter of Thomas Russell late of Boston, deceased, & of Sarah
Russell, late wife of the Sd Thomas Russell, & my well beloved daughter,
the Sum of One Thousand dollars, to be paid into the hands of such person
who, as her Guardian, may be legally authorized to receive the same,
within Twelve Months after my decease. The Smallness of the Legacy
will not, I hope, be construed as a want of Affection for my said
Grandaughter – For as She is possessed of a property exceeding the whole

Amount of mine – and as my Sons have family to provide for,
I hope these may be considered a Sufficient reasons for the Smallness
of the Legacy to my said Grandaughter.

The Remainder of my property, Real or personal, or of what
nature or kind soever, after paying my just debts, & the expenses
of my Interment; I give & bequeath unto my Sons, James Sever,
& John Sever, of Kingston aforesaid, to be equally divided between them.

The Real property as they may agree to divide the same; or in
case they should not agree in Sentiment as to a division thereof,
that three persons be named & agreed on by themselves, to make
(according to their best judgments) an equal division thereof.

And I do hereby Consitute & appoint my said Sons James Sever
& John Sever joint Executors of this my last will & Testament.

In Testim ony whereof I have hereto set my hand & Seal
the thirtieth day of April in the year of our Lord One
Thousand Eight hundred & two.

The source citation for this will is:

This will is very interesting - it's not often I transcribe a will of a fairly wealthy man, let alone a Seaver/Sever person.  Unfortunately, he is not my ancestor, just a distant cousin.

When William Sever wrote his will in 1802, three of his children, Sarah, William, and Anne were deceased.  Sarah and William had children, and William Sever bequeathed a significant sum of money to their living children subject to the presence of a guardian, plus an inheritance to William's wife, Mary (Chandler) Sever.  He also made provision for the long-time servant, Jane Sullivan, to be provided for.  He had executed a prenuptual agreement with his second wife, Mercy (Foster) (Russell) Sever (1737-1810) in 1798 when he married her - they had no children together - and the will provides for her agreed upon inheritance.

William Sever left the remainder of his estate to his two living sons, James Sever and John Sever, without specifying which would receive what real and personal property.  He left it up to a commission of three persons to divide the remaining property evenly.  The commission performed that task in 1811.  An eight page inventory was taken in 1813, and a two page account was provided in the Probate Court in 1817.  All of these papers are fascinating to me!  I will try to transcribe them in later posts.