I checked the Family Tree Maker Users Facebook group page today and there is a new update with seeming good news: 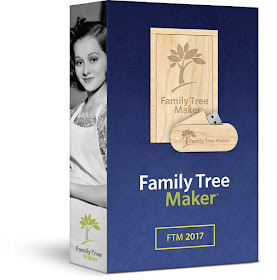 We’ve had a pretty amazing two weeks since the last progress report. For those of you who worried that silence might mean trouble, well, in this case it didn't. Apologies for the radio silence and also for the length of this major update. There is lots of news to share, so let’s get started.

Unless this is your first update report, you already know that many tens of thousands have taken the FTM 2017 Test Drive and are still enjoying the ride. Some have just started driving and others started back in April. And while we planned to provide new builds along the way, the first test drive build (207) turned out to be so stable that it's the only one we released.

So next was to ramp up. Over the past two weeks we’ve been adding test drivers to reach our goal of 75,000. More than 98% of those with trees of less than 15,000 people continue to report successful drives. But those with trees a lot bigger than that? Not so much. Even so, it’s meant the majority of those who wanted to try out FTM 2017 have been able to do so.

And that was, after all, the point of the original Test Drive program -- not to let the relatively small portion of users with trees we just couldn’t handle yet hold back the rest. But that you knew. What you might not have known was that hundreds with large trees who failed their test drives had bravely agreed to test experimental builds to help us move forward.

Getting everyone on board, as it turned out, would require architectural modifications on both our side and Ancestry’s. That was an iterative process, with changes, testing, more changes and more testing. Until, as we reported two weeks ago, the last of the Ancestry modifications had been received and it was up to us to fine tune things from our side.

Over the last two weeks, we’ve made more than three dozen builds, and beta tested about half of those. And finally late this past week, everything began to fall into place. We still have work to do and we aren’t going to rest until 100% of users can sync first time every time, but now we have a streamlined edition that is a breakthrough in several important ways.

First, the latest builds use a tiny fraction of the bandwidth that the original test drive build used. That means that we no longer have to restrict the number of users on the system. And second, the new builds are not afraid of big trees. Or even huge trees. Beta testers are reporting successes of the kind that had eluded us. Here’s a tester's note sent yesterday:

“I don’t know what you guys are doing but  that last test build is AWESOME SAUCE for large trees (68,162 people). No more issues syncing after working on Ancestry.”

Oh, and there was a major happy side effect of the modified architecture. Syncing Ancestry tree changes went from watching-paint-dry slow to lightning fast. As it did for this beta tester who’d suffered with hour and a half long sync times: “Whooo Hoooo! Added census to AMT problem tree. Synced in 2 MINUTES!!!!” (Edited: Half the exclamation points were removed.)

So what’s the next task? To create a new, very safe, stable test drive build which we’ll call Test Drive 2.0 that’s OK for all driver candidates. There will be two main differences: First, no limits on the number of drivers. Unless Ancestry says “stop” at some point, we’ll just keep adding up to ten thousand users a day. Second, no limit on tree size. All sizes welcome.

And one more change. No check-ins after the first 48-hour test drive and diagnostic test. Assuming all has gone well and you elect to continue using FTM 2017, that’s it. No more popup messages asking you to extend the test period. (If you’re a test driver you know what I mean, and yes, you’re welcome.) If you need help we trust you to head on over to Live Chat.

So should current test drivers move to Test Drive 2.0? That’s up to them. If they are happy where they are and everything is working fine for them, they can keep using build 207. And who else is eligible? That’s the same as it was in the first test drive program — all those who have pre-ordered and all who are getting a copy for free.

Then of course, the big question - when? We’re hoping to have the perfect test drive build verified by our core 2,000 beta testers in a week or so, possibly sooner. It would be great to have it in time for next weekend’s LA Jamboree where we are an exhibiting sponsor, but we’re not going to push it if it’s not completely safe and fully ready. So as usual, stay tuned.

To learn more about Test Drive 2.0:

COMING IN FOR A LANDING

So when Test Drive 2.0 hits, will that change the answer to “are we there yet?” After all, we expect that very nearly everyone who’s purchased FTM 2017 will be able to start using it without any serious problems. And isn’t that the very definition of a software release — even though everyone will still start with a test drive to make extra sure it’s safe for them?

Well, we think it is, and that conclusion has two important consequences. First, when 2.0 arrives, we’ll end our special pre-order pricing. So if you’re thinking of getting FTM 2017 anyway, now might be a good time. If you’ve lost the link, sign up for the mailing list again at www.familytreemaker.com and you’ll get the pre-order offer in the welcome email.

Second, Ancestry has been more than generous in keeping everything but sync going for users of older editions while we worked together on the new system. But the old system that Ancestry had planned to retire on March 29th will still need to be turned off at some point. That will be sometime this summer and we’ll provide a schedule as soon as we have one.

It’s been a very long two months and we’re happy (and yes relieved), to be coming in for a safe landing. We never really doubted we’d get it done. Ironically, the one thing we worried most about turned out to be the one thing we didn’t need to worry about at all. And that's the FTM community's support for us staying the course and getting it right. So thank you. :-)

KEEPING UP TO DATE

After skipping a week to prepare this major update, we intend to resume posting weekly updates here, or more frequently whenever there is news. We will also post the same updates on our support site:

But even better than getting updates on our development progress, we encourage you to go take a test drive. Chances are it will go swimmingly and you won’t be anxiously waiting any more.

Here’s some places to go to get answers:

READ ABOUT TEST DRIVE 2.0
1. Go to support.familytreemaker.com
2. Enter “Drive 2.0” in the search field

The note above makes me think that they are getting close to release FTM 2017 to everyone, whether a Test Driver or not.  I'm looking forward to using FTM 2017 and the FamilySync features.