I love it when I find some distant cousins I didn't know about. Now I can add Ben Affleck and Matt Damon to my Christmas family newsletter list!

The article has a link to a descendants chart for both men. Their common ancestors are William Knowlton (1615-1655) and Elizabeth ____ who settled in Ipswich, Massachusetts. Here's the chart: 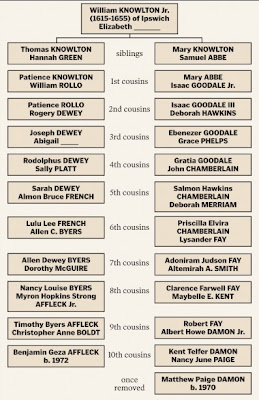