I want to wish all of my readers a very Happy New Year for 2022.

May 2022 bring you happiness, good health, many friends, lots of love and more time to pursue your genealogy addiction passion.

May you complete all of your genealogy and family history goals and objectives (you do have them, don't you?) and may extra genea-blessings be provided to you! Have fun!!!

Stay tuned to Genea-Musings for more genealogy fireworks in 2022!!!

And a beautiful song and scenery:

A)  Here are the Top 50 viewed Genea-Musings blog posts from 2021 that had the most page views in 2021 (from View Count statistics on the Google Blogger Posts page as of 30 December 2021): 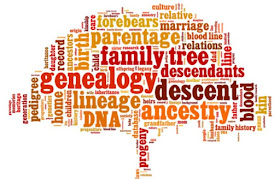 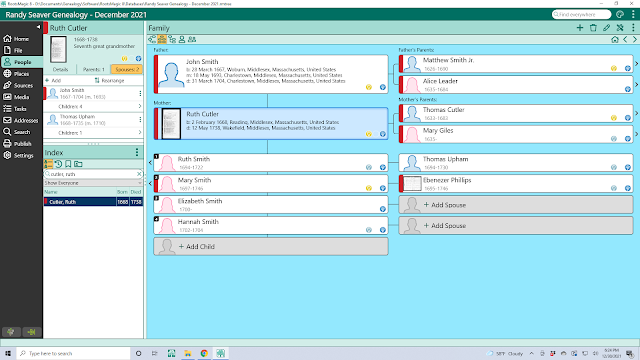 I am descended through

I received this information from FamilySearch today: 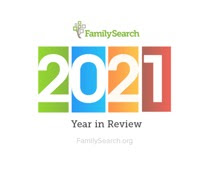 SALT LAKE CITY, UT—In 2021, FamilySearch completed the digitization of its massive microfilm collection—2.4 million rolls to be exact—and welcomed over 1 million people to its first all-virtual RootsTech Connect online event. FamilySearch International noted these and other 2021 achievements among its efforts to help create fun, free, family discoveries for individuals worldwide, and create the family tree of humankind.

Imagine billions of people making new family connections by sharing what they know about their family history to a free online family tree that ultimately constitutes the family tree of humankind. That is one long term goal of the FamilySearch Family Tree.

Users also added hundreds of millions of sources—supporting facts—to their ancestors’ personal pages in the Family Tree. Sources can come from personal family records or hints generated by FamilySearch’s growing historical record collections. As the family tree of humankind grows, the number of ancestors that users have in common will also expand. Sources are important because they help strengthen the genealogical accuracy of ancestor pages—particularly for common, shared ancestors.

See what discoveries are waiting in the FamilySearch Family Tree for you. It’s free.

To expand the branches of your family tree, you typically need access to genealogical records—documenting birth, marriage, death, census, military service, etc. FamilySearch now offers more than 14.3 billion searchable names and images from historical records from your ancestral homelands all over the globe. FamilySearch’s predecessors began gathering records in 1893 and started making these available on microfilm in 1938.

A major FamilySearch milestone in 2021 was the completion of the monumental task of digitizing its 2.4 million rolls of microfilm (See FamilySearch Completes Digitization of Massive Microfilm Collection). The initiative makes billions of ancestors from over 200 countries and principalities more readily discoverable online. FamilySearch’s Explore Historical Images feature enables users to effectively peruse digitized images from most of the microfilm collection online and more with a free FamilySearch account.

Search these free collections to see what was added for your ancestral homelands in 2021 now using the enhanced search feature at FamilySearch.org.

2021 enhancements that visitors can now enjoy include new discovery pages for ancestors in the family tree. These pages are an easy way to see your relative’s life story at a glance, view photos and stories, and understand the historical events they may have lived through.

It’s also easier than ever to see what FamilySearch can tell you about your relatives with the discovery search feature. This search allows you to see results from the Family Tree, historical records, memories and a surname search, all at the same time.

Need help with your family history? FamilySearch made wonderful enhancements to its menu of helpful services in 2021. You can now simply type in a topic or challenge, and suggested results will appear. The new FamilySearch Community forum enables you to easily find family history solutions and ask questions from—or even join—a helpful community of conscientious volunteers worldwide who are quick to respond—for free.

For those just getting started, FamilySearch also has a new page to guide you through your family history journey. From personal discoveries, to searching records, to creating a family tree or having family history fun, this page can get you started with simple steps.

Get started on your family history journey.

RootsTech Connect welcomes millions of people worldwide to celebrate family and make family connections at the world’s largest family history conference and year-long learning platform. It offers thousands of classes, inspiring speakers, and meaningful activities that lead to fun family discoveries and foster new connections. Undaunted by the uncertainties surrounding COVID-19 and related travel restrictions, the 2021 event was held entirely online for the first time. The results were amazing and far reaching. The all-virtual RootsTech Connect 2021 attracted more than 1 million participants from 242 countries and territories (see RootsTech Attracts Over One Million Participants).

A key learning is attendees are as intensely interested in connecting with their living relatives as they are in discovering their ancestors. The stunning demand for the online event led Steve Rockwood, FamilySearch CEO, to declare online learning a new core FamilySearch priority. He said FamilySearch would continue to explore ways to effectively globalize and localize learning and discovery experiences.

The library was happy to begin a phased reopening starting in July 2021 (See FamilySearch Family History Library Reopening), following its closure on March 13, 2020, due to the global COVID-19 pandemic. The Library took advantage of the prolonged closure to make needed renovations that will significantly improve patron discovery and research experiences. Enhancements include the addition of state-of-the-art patron workstations with dual monitors and adjustable height desks to accommodate sitting or standing preferences, enhanced workflow throughout the facility, a new patron dining area, and the addition of nearly 40,000 books from new acquisition and long-term storage.

The library also added or upgraded free patron services (Visit the new Family History Library web page). Guests can sign up for free, one-on-one virtual consultations with a research specialist (available in multiple languages). If you can’t come to the Library, a staff member can retrieve a book from its shelves or help you find what you’re seeking through the new record lookup service. In FamilySearch Communities online, guests can receive assistance from volunteers worldwide, including locating or interpreting ancestor records, asking questions, or sharing their expertise with others. The library also continued to expand its popular free online classes and webinars.